The Big Book of Battle Mats is based around an idea so simple that you’ll kick yourself for not thinking of it earlier, and while it’s not the most sophisticated product out there it takes the hassle out of running grid-based RPGs away from home.

The book consists of a few dozen ring-bound pages covered with generic RPG maps, but rather than cardboard or paper it uses laminated sheets that can be drawn on with whiteboard pens or wet-erase markers. Each individual page is A4-sized, but the spreads can be used to create a single larger A3 mat.

And that’s about it. 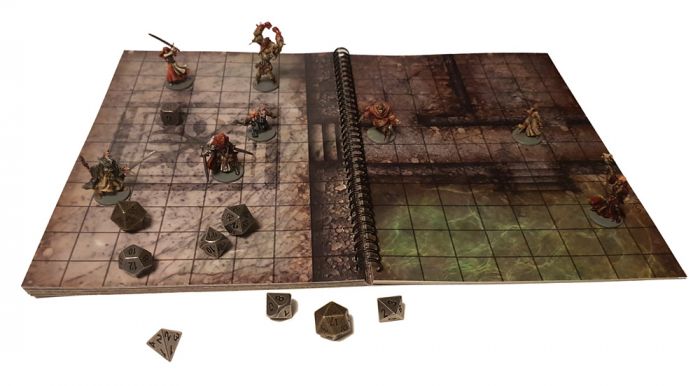 As I said, it’s an incredible simply idea but also an incredibly useful one, especially if you regularly GM away from home. When I ran games at stores or conventions I used to have to choose between lugging round a home-made grid converted from a whiteboard or leaving my lovely roll-up mat from Paizo poking out of my backpack all day, but the BBoBM solves all that.

Along with a handful of blank grids with various backgrounds, you get to pick from around a dozen fully drawn maps. None of these are going to set the world on fire with their art, but they’re functional enough to toss into an encounter or two and can help add to the feel of a battle. 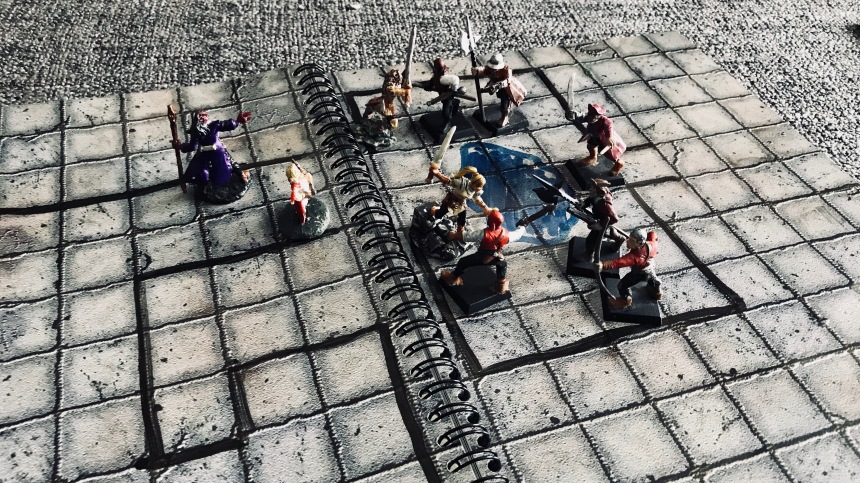 The only problem I have with the BBoBM is that I didn’t think of it first.